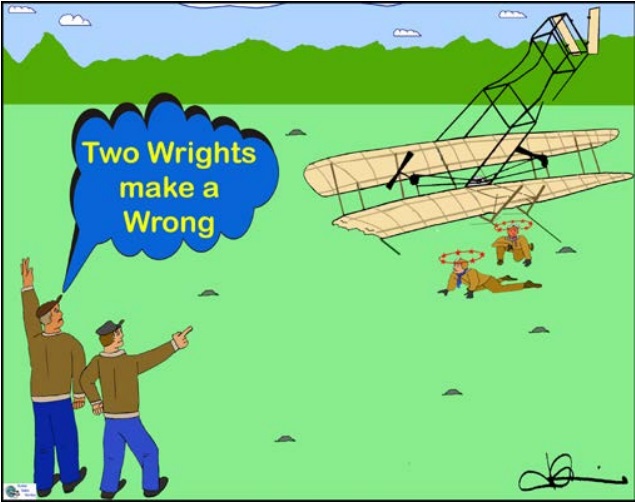 In this issue I’d like to take a quick look at the history of human factors training as it relates to our industry.

In my early days, human factors Safety training was contained in two words. They were simply: “be careful.” I suspect that many of you out there have heard those words of wisdom before you did something dangerous and sometimes stupid.

The company Safety goal was: “Safety First” proudly posted everywhere. What one couldn’t see in the very fine print under the large Safety First words were the unspoken words: “unless it costs money.” We don’t have to look very far back to see when the needless and all too frequent human factors caused deaths were simply considered; “the price of doing business.” World War 2 saw more non-combatant fatalities than actual combat deaths. According to the WW2 Foundation, 35,946 aviators died an accidental death while 22,948 died in combat. They say that roughly 1/3rd were in training, 1/3rd were operational and 1/3 combat related.

The initial human factors were in the ergonomics field when they discovered that not all men are created equal and allowances had to be made for different body sizes.

Then came the discovery that throttles could be mistaken for propeller and mixture controls, especially when different companies located them in different locations. Standardized instrument and control positions coupled with different sized and colored knobs on controls helped “Murphy proof” the aircraft and lower human errors.

Even today we try to Murphy proof aircraft by having computers tell us when we are about to make a error. A voice yelling “pull up, pull up” is hard to ignore. However, we humans are absolute geniuses at finding ways around the best of Murphy proof plans as evidenced by a Cessna 210 pilot who landed gear up because a loud horn was distracting him. Or Air France Flight 447 when the pitot tubes froze over for 37 seconds and they dropped for over 3 minutes at 10,000 fpm to the ocean because they failed to believe what the instruments and warnings were telling them. Had they kept their hands totally off of the controls, they would be alive today.

Sadly, it often takes blood to bring about change in our industry. The following were defining moments that helped advance Safety to where it is today.

The deadliest accident in aviation history occurred on March 27, 1977 with the collision of two 747s on the Tenerife runway resulted in 583 fatalities. A breakdown in communication between a KLM 747, the airport tower and a Pan AM 747 was the main culprit. Maintenance was the cause of the worst fatal single aircraft accident when on August 12th, 1985, an improper pressure bulkhead repair failed resulting in a 747 losing all four hydraulic systems and the ability to control the aircraft. 520 would die in the crash.

On December 28, 1978, a DC8 with 189 persons on board on final for Portland’s airport lowered the gear. There was a loud bang and the plane yawed as a right main landing gear cylinder failed and enabled the gear to free fall into place. The force of the free fall destroyed the micro switch that indicates that the gear is down and locked, which it was. 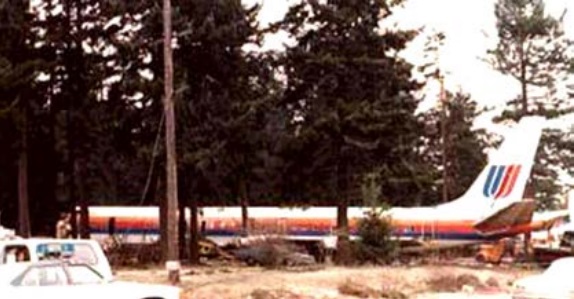 With no green indication light in the cockpit to verify that the gear was down, the Captain initiated a go-around and for the next hour and twenty minutes tried to determine the problem. During that time the copilot and flight engineer informed the captain seven times that they were getting low on fuel and down to fumes. This information was totally ignored until the engines began quitting from fuel exhaustion. The Captain chose a dark area below and demolished two vacant homes before stopping in a stand of large trees. Ten people were killed and many more were seriously hurt but there was no fire. Maintenance played a role in this as at the last gear overhaul, they replaced the seals in the cylinder but failed to remove the nut that held the piston on to the rod that connected it to the gear. There was severe corrosion under that nut that enabled the rod to break loose from the piston and free fall the heavy gear.

The whole world focused on the four pilots, (one dead-heading pilot came up from the passenger section to try to assist) trying to understand how they could run a large jetliner out of fuel within sight of a major airport.

As a result CRM (Cockpit, later to become Crew) Resource Management) training was initiated with an emphasis on teamwork. While many of the older captains’ called it “Charm School” and “Hug a Tree (copilot) 101, they soon realized that CRM was here to stay when the examiners in their flight simulator training, began watching for teamwork and could fail a pilot for not practicing CRM.

On May 25, 1979 an American Airlines DC10 lost an engine which dropped onto the Chicago runway. The aircraft remained in the air for a further 37 seconds before crashing, killing 271 people. Every DC10 in the world was grounded until they discovered the reason for the loss of the engine was a faulty maintenance procedure used by some airlines to save time, It had become a Norm (#12 of the Dirty Dozen) that was not recognized as deadly until after this accident. Fines and more regulations were the fix for the problem. 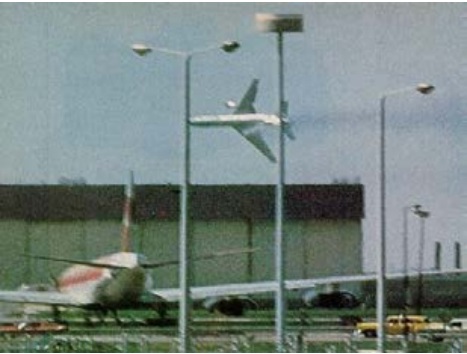 In April 28,1988, a 737-200 series became the world’s first convertible when 18 ft. of front upper fuselage and, sadly, one flight attendant, departed the aircraft at 24,000 ft. altitude. No one could blame the pilots for this one as they managed to land the crippled aircraft even though the cockpit sagged over 3 feet down and when they looked back through the blown off cockpit door, all they could see was blue sky. It was determined that two very experienced AMTs had carried out an AD inspection on 1,300 rivets in the failed area and missed 140 cracks. 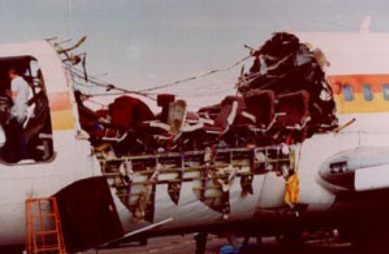 The whole world once again tried to understand how this was possible. Complacency (See article) likely played a role in this human error as they knew the aircraft, “like the back of their hand.” They had worked on it since it was bought new in 1969, 19 years earlier. With complacency you can begin to see what you expect to see and that was not the 140 cracks that were there. As a result the FAA under the guidance of Bill Shepherd began a series of studies and meeting into the issue of maintenance human factors. Maintenance personnel are human too.

March 10, 1989, was Canada’s turn for a wake-up call when a Fokker F28 crashed killing 24 persons and injuring the balance of the 68 on board. The pilot had attempted to take off with snow on the wings. He had not deiced because the APU was tagged as unserviceable due to fire extinguishing system U/S when in fact it was the detection system. Lack of Knowledge (See article) and Lack of Communication (See article) were the main contributors to this error. In fact APU could have been used to start engines on the ground as per info in the flight manual The aircraft could not be deiced with the engines running and required air from the APU to be restarted.. Of the 191 recommendations from the enquiry, one recommended that CRM training be extended to maintenance. 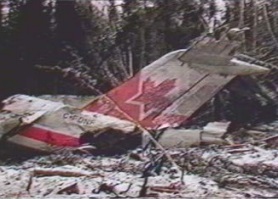 On June 10th 1990 the United Kingdom saw a maintenance error that gathered world headlines when a pilot was sucked out of a window that blew out at altitude because the wrong sized screws had been installed. Complacency, Pressure-self and Fatigue were the main culprits in this accident that fortunately had no fatalities. This was considered the first maintenance caused accident that an indepth look at the contributing factors was undertaken. 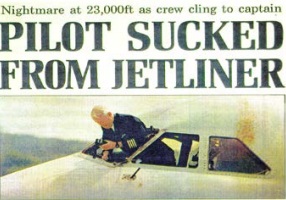 Newspaper headline about pilot sucked out of the window in flight

Finally, AMTs, AMEs and LAMEs receive training on what causes them to make these unintentional errors. They could reduce making the errors and prevent errors from causing, “undesirable consequences.” As a cartoon character in the 60s by the name of POGO said “We have met the enemy and he is us.” In the next article I would like to discuss a human strength that many don’t realize they have until it is needed.