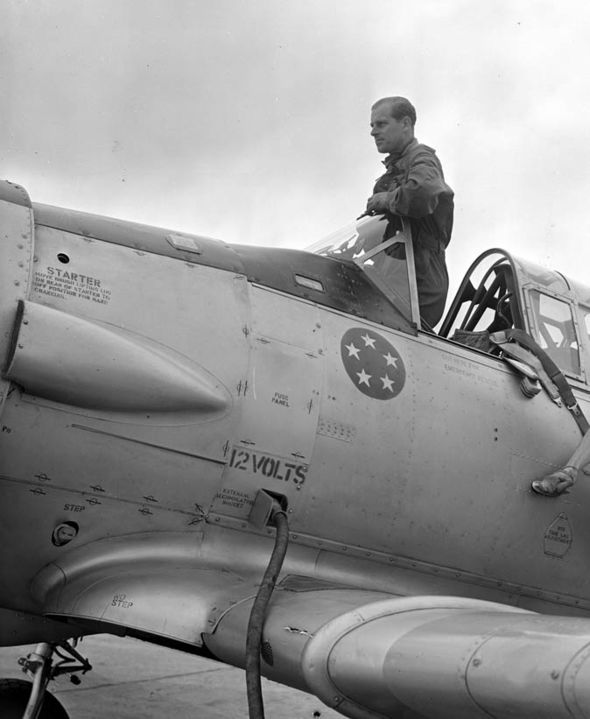 Hey there, it is the Captain Colly who speaks to you: on behalf of the Voice I would like to welcome you on board of this fourth week of November!

After flying over in the past weeks the interesting Compliance & Safety countries today I’ll get you to a small but magical island immersed in the clear Ocean, that will be one of our other steps during all the adventure together: the People in Aviation island.
I mean, so far we have discussed the processes, the activities, the places around Aviation but it’s time to turn the spotlight on the protagonists of the current lifetime Aviation and of the past, men and women that nowadays implement those procedures and debut as actors in those spaces, and men and women who did this or that would have wanted to do this.
If you have learned to know your Captain you know that I’ll start by the latter.
So please now relax and enjoy the flight.

What do they say? There’s no day, passion, interest worse than what is not lived.
That kind of sense of waiver Prince Philip, duke of Edinburgh, knew very well.

Even though he couldn’t dedicate his professional life to the Aviation he can be considered a real heaven ace: he holds about 5986 flight hours on 59 different a/c types.
Prince Philip began his flying training on 12th November 1952 at White Waltham and his instructor was the 29 years old Flight-Lieutenant Caryl Ramsay Gordon. In December 1952 the Prince made his first solo flight and on 4 May 1953 he was presented with his wings flying solo over Windsor Castle. The Duke was awarded his pilot’s wings in a private ceremony that was held at Buckingham Palace. Philip’s Harvard aircraft was complete with five stars signifying his rank of Marshal of the Royal Air Force. 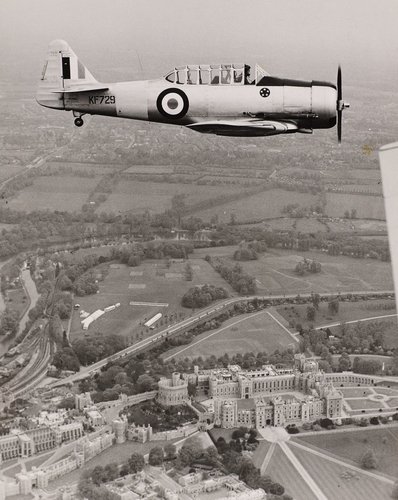 RAF examiners on the Duke’s flying abilities told about him: “Thoughtful with a sense of safety and airmanship above average…a pilot with exceptional ability and skill”.

Ladies and gentleman there’s more: not more of two years after he started flying helicopters and he obtained his helicopter wings in 1956 and his private pilot’s licence in 1959.

What’s behind the Duke dedication for the flight has never been made public and clear by him. Some Royal Family cultists argue that what given Philip’s desire to learn to fly was that his own sister was killed in an air crash.
Princess Cecilie, Philip’s favorite sister, terrified of flying, died in 1937 in a plane crash (exactly it was a Junkers Ju 52) with her husband and three children. The flight was scheduled from Germany to London and although the weather in Germany had been good on take-off, by the time got worse for the fog and the pilot decided to make a landing at Ostend unaware that it too, was foggy. Later the pilot’s vision was totally limited and the plane clipped a factory chimney. Its wing and an engine were torn away from the fuselage. As a result, the plane went down crashing into the ground and then burst into flames. None of the 11 people on board survived. When it was reached the wreckage the rescue’s men were horrified to find a newborn baby among the casualties. A Belgian official inquiry concluded that Cecilie had given birth to a son in course of mid-flight and the landing in Ostend was made principally because of this.

Years after the crash, Prince Philip has said of this moment: “I have the clearest recollection of the profound shock with which I heard the news of the crash and the death of my sister and her family.” When Prince Philip heard of the tragic event, he was just 16 years old. Despite this fact or therefore of it in adulthood the Prince manifested the desire to fly.

A very interesting step in his devote flying activity has been when Prince Philip flew the British European Airways new “Trident” jet airliner on April 1964: he takes over the controls during a 75-minute flight and made the flight during a visit to the airline’s training unit in Essex, England. He made two landings with the training flight manager as co-pilot and Anthony Milward, BEA chairman, as a passenger. 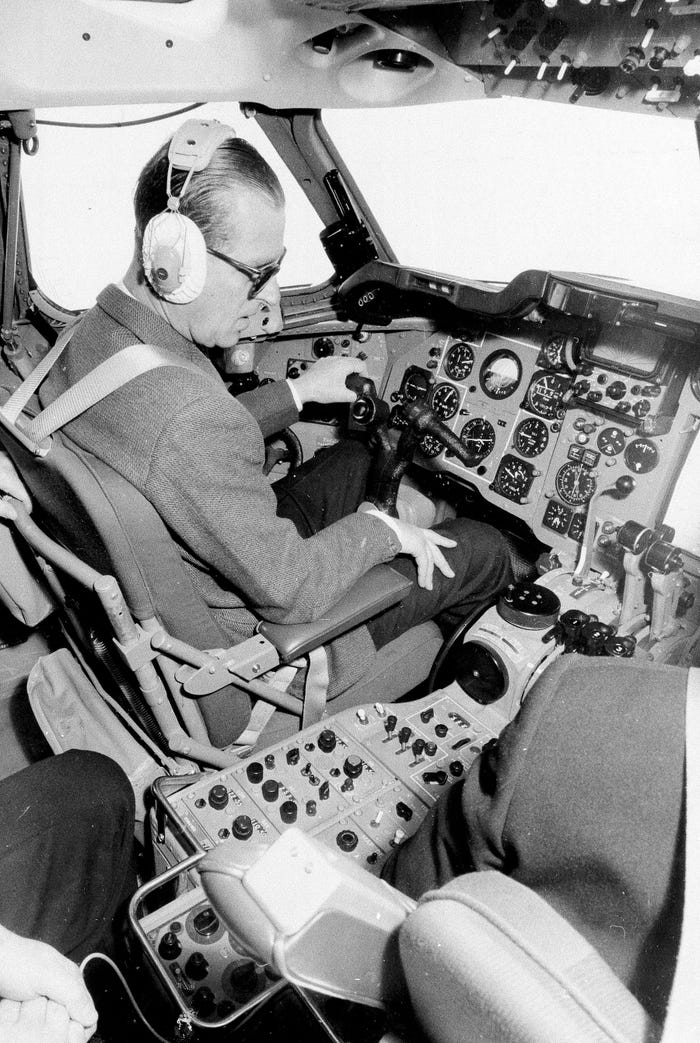 Throughout his career, he has been involved with more than 780 organizations and some of them are related to the Aviation. For example in the 1952 Prince Philip became Patron of The Air League, a sector leading aviation and aerospace charity focused on changing lives through aviation since its foundation in 1909. A manifesto message of the organization expressed directly by the Prince Philip reminds the scope of this charity and the sense of his involvement:

“…promote an interest in aviation among young people through the offer of Flying Scholarships and Bursaries; support the development of effective military aviation; stimulate internationally competitive aircraft manufacturing and air transport industries and in encourage general aviation…”

Even if officially the Duke’s final flight was on 11th August 1997 from Carlisle to Islay (at the age of 76 years old), it’s not very clear when exactly the Prince gave up his pilot licence: in fact there are several funny episodes and rumors in which it seems that he continued to fly even after some months later.
He speaks about himself and his time above the clouds and says:

Unfairly and through a simplistic vision (please allow me to be a little bit subjective) the Astronaut Buzz Aldrin wrote in his memoirs, Return to Earth in the early 1970s, regarding his meeting with the Royal Family at Buckingham Palace: “Prince Philip was an aviation buff and full of questions”.

Honestly how Buzz might have understood that when the real passion for Aviation exceeds the set of procedures related to it, a man can take off just closing his eyes, as Prince Philip did in his life.

Thanks for flying with Colly.