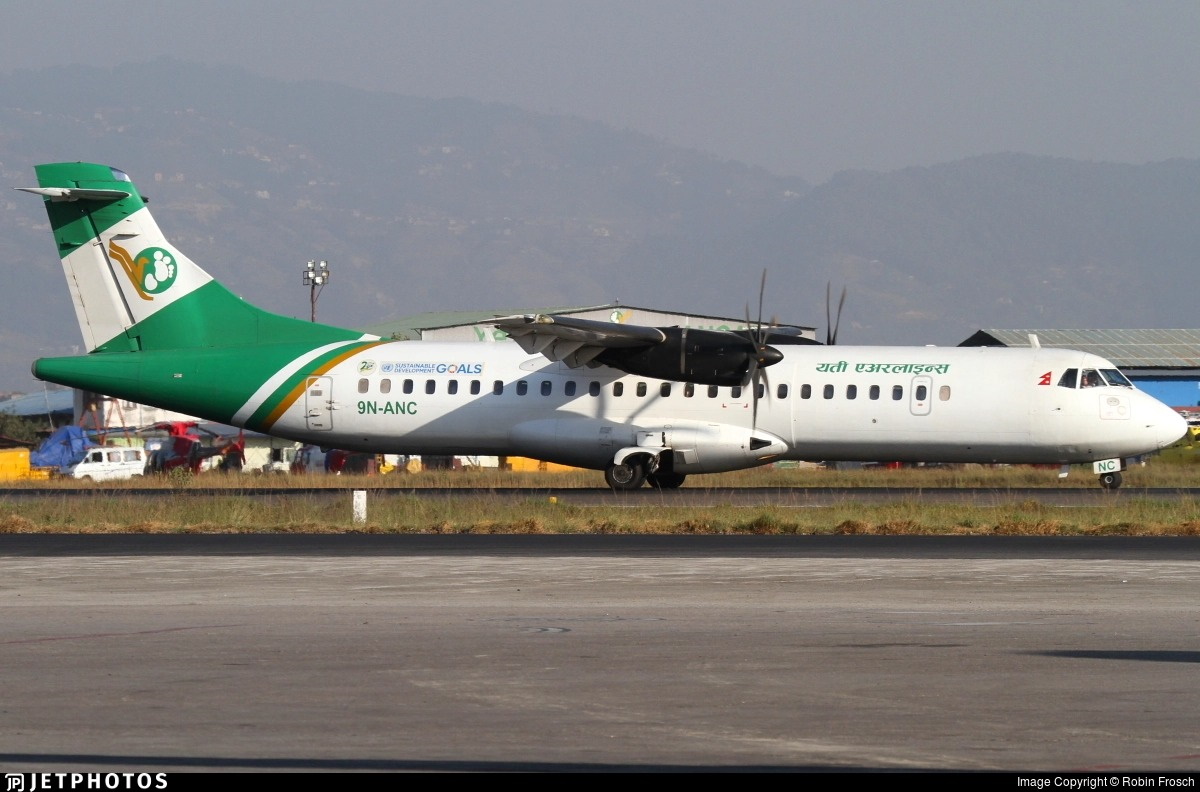 NEPAL – The Yeti Airlines flight 961 from Kathmandu to the tourist town of Pokhara crashed on landing before catching fire.

The flight YT691 took off from Kathmandu at 03:35 AM UTC time and was approaching tourist town of Pokhara when the 15-year-old twin-engine ATR 72 stopped transmitting position data at 05:05 UTC and the last signal from the aircraft was received at 05:12. The aircraft registration was 9N-ANC.

There were 72 people – four crew members and 68 passengers – were on board the ATR-72 plane operated by Nepal’s Yeti Airlines when it crashed, Yeti Airlines spokesman Sudarshan Bartaula said. Thirty-seven were men, 25 were women, three were children and three were infants, Nepal’s civil aviation authority reported.

Prime Minister Pushpa Kamal Dahal called an emergency meeting of his cabinet and urged state agencies to work on rescue operations. A panel to investigate the cause of the crash has been set up. 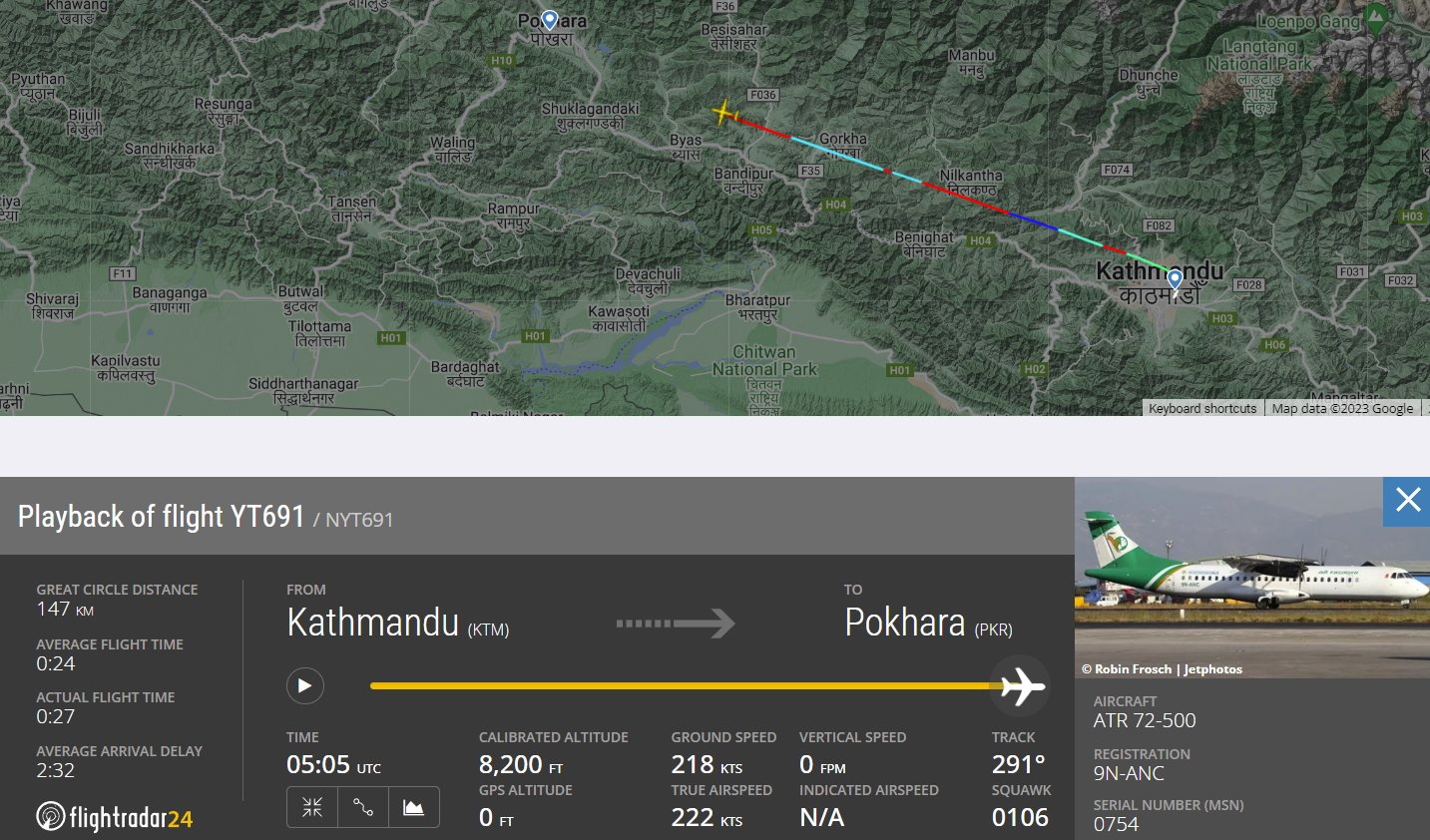 Of the passengers, 53 are said to be Nepalese. There were five Indian, four Russians and two Koreans on the plane. There was also one passenger each from Ireland, Australia, Argentina and France among others.

Flightradar24 details of the flight can be found here: https://www.flightradar24.com/data/aircraft/9n-anc#2edb480c

The Himalayan country of Nepal, home to eight of the world’s 14 highest mountains, including Everest, has a record of air accidents. Its weather can change suddenly and airstrips are typically sited in difficult-to-reach mountainous areas. Last May, a Tara Air flight carrying 22 people crashed into a Himalayan mountain at an altitude of about 14,500 feet. That was the country’s 19th plane crash in 10 years and its 10th fatal one during the same period, according to the Aviation Safety Network database. In total, the ATR 72’s various models had been involved in 11 fatal incidents before Sunday’s crash in Nepal, according to the Aviation Safety Network.