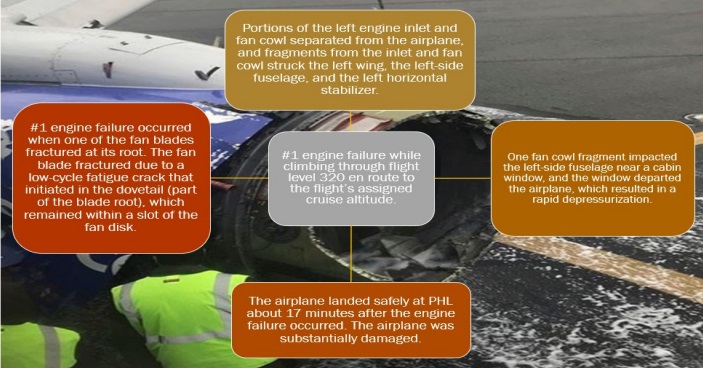 To attain and/or achieve the organizational objectives by means of tar-gets, alarms and milestones was something we were not able to comprehend at that time, because we simply were not aware what was the meaning of words like organizational, management system and interaction of elements. We were put in front of clauses and needed to be smart enough to comply with such requirements. We were soldiers following directions to win a battle. Why we should fight? No need to know. We just followed the crowd, and that was it. Did you hear anything like this before?
Over the years, we fought over and over again, but skills, knowledge and operational experience we acquired made us aware what we needed to prevail and defeat the hazards that live within our technological environments. We faced “new” concepts we had been surrounded by since the beginning: Management System, Policy/Objectives establishment, safety, accountability, Positive Safety Culture, acceptable level, controlled risks, defenses established, mitigation of risks, safety assurance, and safety promotion.
So, we needed to know we had to work systematically with four components and twelve elements, whose gears needed to work conforming the outputs that were designed and established.
So, we now work with this framework:
Component 1. Safety Policy & Objectives
It functions as the Human Being’s Bones, Muscles & Motion Ability. It sets out procedures (defenses) to achieve organizational safety objectives: Behaving / Acting Safe.
Component 2. Risk Management
It functions as the Human Being’s Immune System and manages established / new defenses of the system; i.e. Initial risk evaluation and risk mitigation. Through relevant operational information, wherein all the information on hazards, triggers, consequences and risk values along with the behavior (management) of defenses is recorded, the organization has historical information on the system’s health. It means all diseases, infections, and illnesses the organization went through as well as the drugs (by mitigation) the organization took for healing purposes (to remain acceptably at organizational objectives).
Component 3. Safety Assurance.
It functions as the Human Being’s surveillance and awareness system. It controls the effectiveness of the defenses through monitoring, so the organization is always aware its defenses are appropriate to contain operational and administrative hazards. Such effectiveness appraisal is attained
by measuring data relevant to goals achievement in terms of SPIs.
Upon delivering this activity, it provides confidence defenses are complying with its assigned / established role as set out. To do that, it can use not only audits but surveys and studies for the aforementioned appraisal purposes, but surveys and studies.
This process also comprises the management of change and when all of these contents are executed it is able to provide for the continuous improvement.
Component 4. Safety Promotion is always enabling participants with skills and information, so they are able not only of managing the proper information but making proper decisions to achieve relevant objectives.

What Safety Publication to Read?

The book we recommend for this issue of our Safety Bulletin is “Nerves of Steel: How I Followed My Dreams, Earned My Wings, and Faced My Greatest Challenge” written by Capt. Tammie Jo Shults.
In this book, Capt. Tammie Jo Shults tells us her story of how a girl from New Mexico becomes one of the first females to fly the F/A-18 Hornet after
overcoming several obstacles due to being a woman in the man’s world of military aviation at the time.

Some Operational Highlights on the Investigation of SWA 1380

We will be citing some quotes from the NTSB AAR 19/03 Investigation Report along with other sources that we consider are key to understand better the probable cause of this accident, wherein the flight crew performed greatly due to the training as delivered and the operational experience they acquired.

During the CFM56-7B engine FBO containment certification tests, the CFM-selected fan blade release position was at twelve o’clock. Boeing’s post-accident analyses found that the fan cowl structure is more sensitive and more susceptible to failure when a separated fan blade impacts the fan case near the six o’clock position because of the proximity of this fan blade impact location to the radial restraint fitting (at the bottom of the inboard fan cowl). It is important that the interaction of the fan case, radial restraint fitting, and fan cowl during an FBO event be well understood to preclude a failure of the fan cowl structure on Boeing 737NG-series airplanes.

NDT Method
As the ECI technique is highly sensitive than FPI, the a90/95 value is lower for ECI such that it represents high probability of detecting a crack with
same size than FPI.

Flight Crew Performance during Flight SWA 1380
Given the emergency situation aboard this flight, the flight crew’s performance of most, but not all, of the items on the Engine Fire or Engine Severe Damage or Separation non-normal checklist and the nonperformance of the three other relevant non-normal checklists allowed the crew to appropriately balance the procedural requirement of executing checklists with the high workload associated with maintaining airplane control and accomplishing a safe and timely descent and landing. 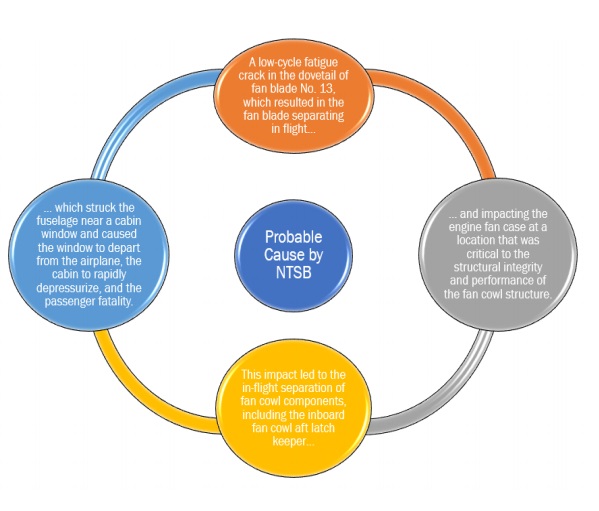 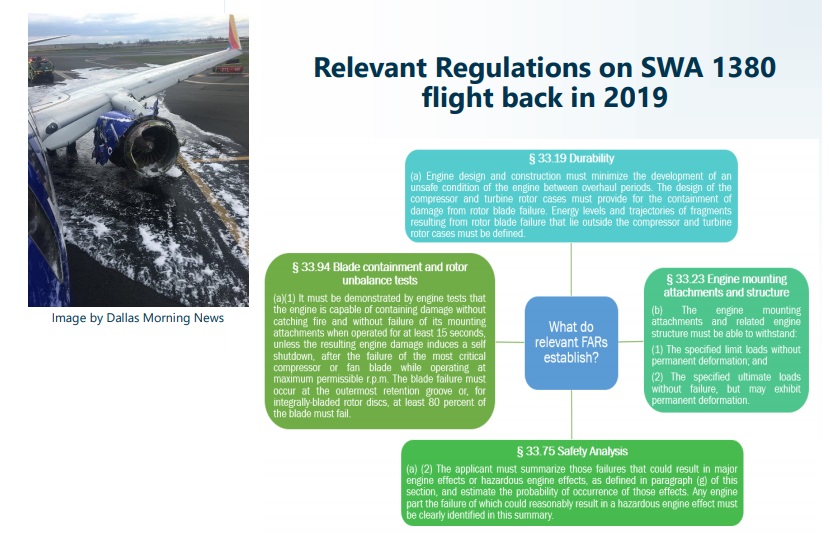