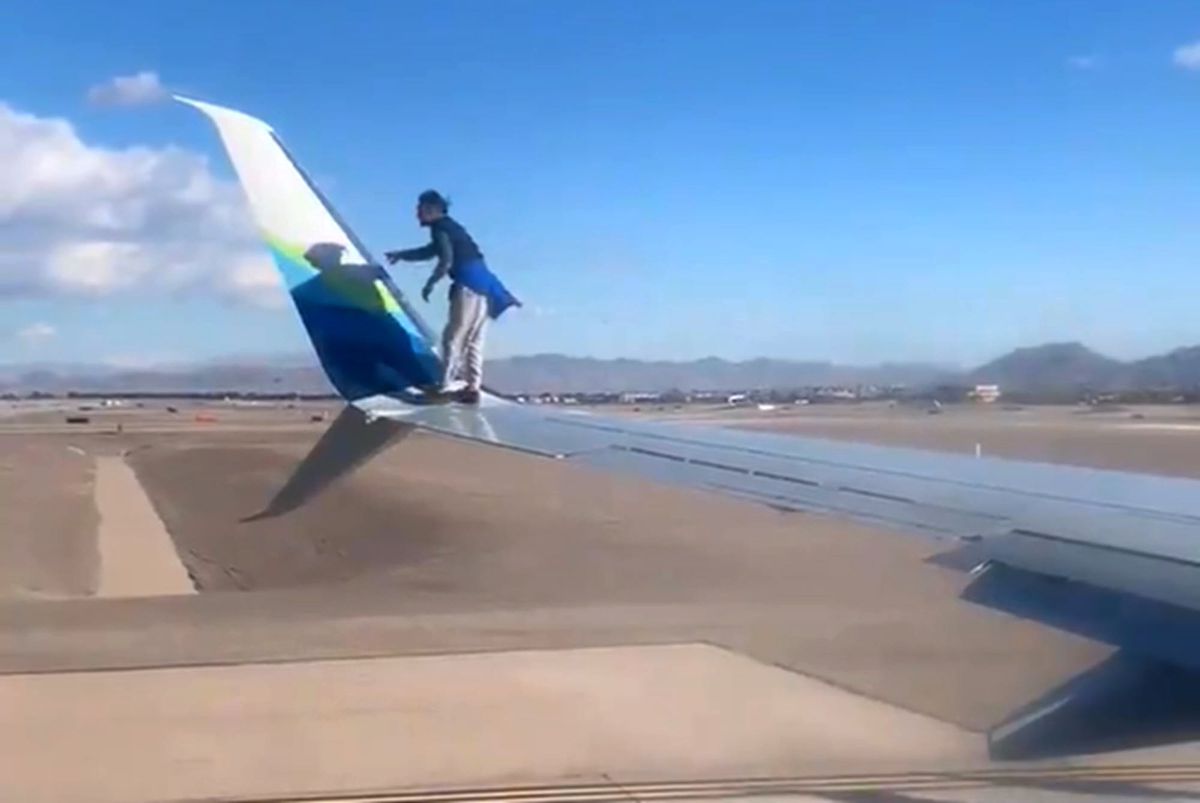 A man was taken into custody after he climbed onto the wing of an Alaska Airlines plane at the Las Vegas airport on Saturday (12 Dec 2020), an airport spokesman said.

Flight 1367 from Las Vegas to Portland was preparing for takeoff from McCarran International Airport when the pilot noticed a person coming toward the aircraft and notified the control tower, Alaska Airlines said in a statement.
Las Vegas Metropolitan Police Department and airport officials took the man into custody, airport spokesman Joe Rajchel told CNN.
The man had hopped a perimeter fence and was observed by airport staff around 1:40 p.m. PST, according to Rajchel.
https://www.youtube.com/watch?v=CMG15ga30QA
Video shot by a passenger shows the man sitting and walking on the wing. He then removes his socks and shoes before trying to climb the Boeing 737’s winglet, the upturned end of the plane’s wing. As police officers approach the man, he slides down the winglet and falls to the tarmac below.
Officers took the man into custody and he was taken to a medical facility, Rajchel said.
The plane returned to the gate for a full inspection following the incident, the statement from Alaska Airlines said.
According to Alaska Airlines’ website, the flight was scheduled to depart at 12:30 p.m. but the delay led to its departure at 4:48 p.m.