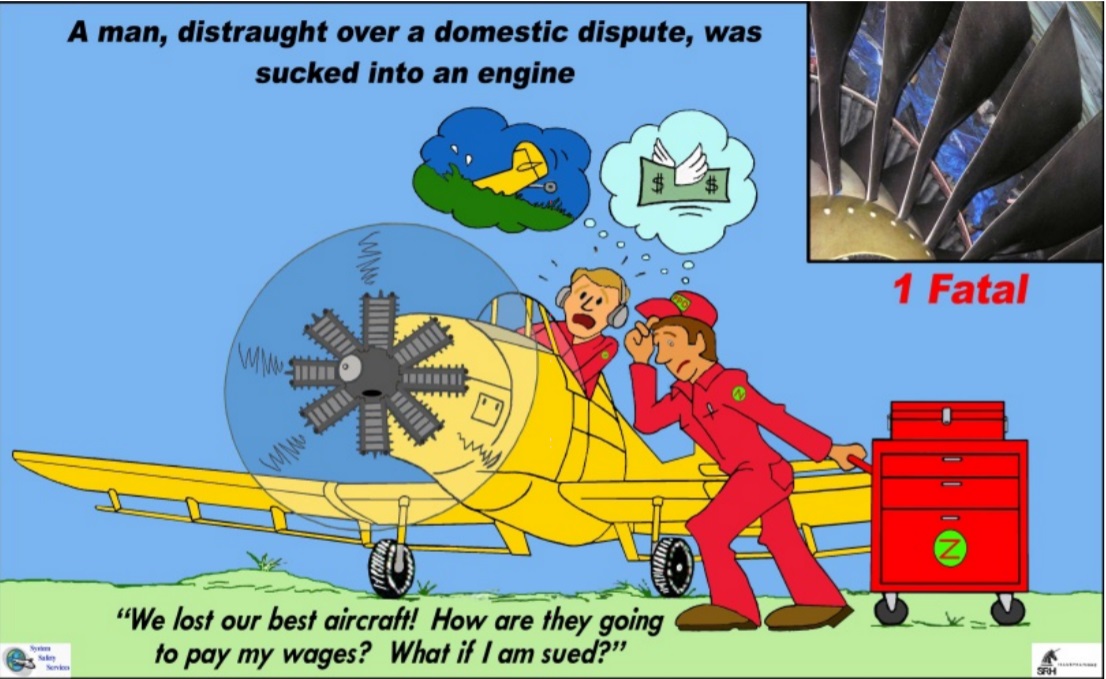 Stress can and does kill but it is also a necessary part of life. In fact the only time we have no stress is when we are dead so give me some stress.

Stress is simply the subconscious response to the demands placed on a person. The key word is response. How we react to a situation determines one’s stress level. PTSD (Post Traumatic Stress Disorder) is an example of the inability to deal with the stressor. The stress that never lets up is the one that kills. In the US an average of 22 war veterans commit suicide per day due to stress. So lets look at and see if we can understand this potential killer that we all need in our lives.

First: stress is different things to different people. By that I mean what may be stressful to you may not bother me at all. It is a defensive mechanism that has existed from early caveman days when one of our ancestors walked around a rock and came face to face with a hungry saber-toothed tiger. He had only two choices: run like hell or fight like hell. Thus the body prepared him for either with the following reactions.

a) Adrenaline (go juice if you like) and other chemicals are dumped into the bloodstream.
b) Heart rate increase and with it blood pressure
c) Breathing becomes rapid and shallow
d) Skin becomes cold and clammy as blood leaves the outer skin for the major muscles.
e) Person becomes pale as blood leaves the skin area. If the person was to be cut at this time, there would be less blood flow because of this defense mechanism
f) Muscles tense as they prepare for action.
g) Pain is deadened by endorphins that are dumped into the bloodstream
h) The mind becomes a one channel processor thinking only of the hungry stressor
i) Digestion stops. It takes energy to digest food and the body is saving all energy for the fight of one’s life

But modern man is not usually fighting for his life under high stress yet these symptoms are occurring as he/she has a heated argument with the boss or spouse..
Without a letup this will wear the body down to an early death.
Stress comes in two varieties. Acute Stress is intense but short duration like when a car suddenly pulls out right in front of you and you have to slam on your brakes to avoid a collision. The other is chronic stress which is frequent occurrence and/or long duration. This is the stress that can kill but the body’s physiological reactions are the same for both.
The following are some of the results from the chronic stress.

Let’s look at a model that I adapted from an arousal versus performance curve.
It is also much like an angle of attack versus lift curve with the peak where the stall occurs. 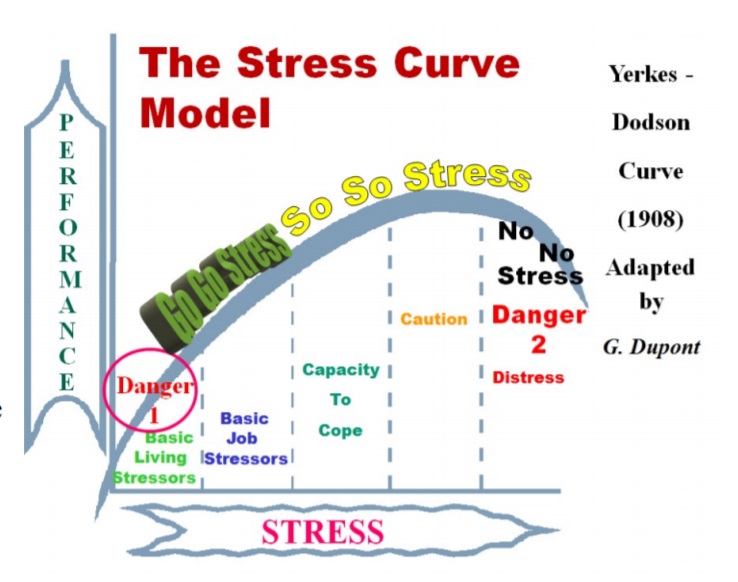 As stress increases along the bottom so performance also increases. Under the curve are “basis living stressors”. These are simply stressors such as if you don’t work you can’t afford to keep making payments on your new truck. Then there are the “basic job stressors”. These are the normal, we need to get this aircraft out right now, etc. stressors. There is then a “capacity to cope” area before the “caution” (Stall warning) and “distress” (the stall and all hell breaks loose). At the beginning of the curve is a Danger 1. This is an area of low stress but also low performance. I hope you recognize this danger but if you don’t go back to the June 2016 issue for a refresher. On the upswing side of the curve is the “Go Go Stress.” This is the good stuff that motivates us to do things. It is management’s job to push our lazy butt up this stress curve and some of them are very good at that.

For example. I suspect you all know about the “Hangar Queen”: the damaged aircraft that they want you to work on when you have nothing to do. What happens? With no stress, more parts come off of it for other aircraft and it collects dust with nothing being done to repair it. Then the boss comes in and says that he’s sold the aircraft and it has to be airworthy in one month’s time. When will it be ready? Exactly one month later. Perhaps we could call this the procrastination curve as well.

But there are limits to the amount of stress that will produce performance. At the top of the curve is the “So So Stress”. This is the realm of the high achievers but they can’t stay up there continuously or “burnout” will begin to occur. With burnout, tasks that were easily accomplished become more and more difficult to accomplish. The symptoms of chronic stress are becoming stronger and the person must take a break from the stressor or a nervous breakdown or worse can occur. The “No No Stress” sees performance dropping off dramatically even with the high stressor.

If it is acute stress, panic may set in and in the case of chronic stress the nervous breakdown is a real possibility.

An example of this occurred a lot of years ago in the days of red lines painted on each side of the nose gear that a pushback turn was not to exceed. Right at a busy time, they were exceeded and the nose gear mechanism was damaged.
A crew chief who was known for getting the job done was given overtime with his crew to repair the damage.
They had to remove the nose gear, replace the broken parts, replace the gear and carry out a retraction test. By that time it was morning and as the aircraft was being taxied to the ramp and waiting passengers, word came down that the nose gear had collapsed on the way there. A 50 plus year old man sat down on the hangar floor and began crying. You could have threatened him with a gun but there was no more performance possible from that crew chief. At that moment, he would not have cared it you had shot him. Fatigue and self-pressure had joined up with stress to cause the nervous breakdown.

So what can we do if we feel like we are beginning to slide down the backside of the curve/ let me introduce you to Mom’s Advice. Remember Mom’s are never wrong. First.
STOP – There are no saber-toothed tigers in your life at the moment.
LOOK – At the problem rationally. What is the reality of the situation? What is the worst that could happen to me? What can I do to achieve a more positive outcome?
LISTEN – Listen to a calm mind. What is the best rational plan?
ACT – This can be the tough part… doing something. Break it down into small steps and like climbing Mt. Everest, it starts one step at a time.

Other steps that can help are:
Seek professional help. If you feel that the stressor is like an 8-track in your head then get help. Many companies have an Employee Assistance Plan (EAP) that you can take advantage of.
Exercise and eat a banana. Remember that under high stress adrenaline plus gets dumped into your bloodstream. Exercise helps burn that off and the banana helps rebalance the potassium you lose under high stress
Talk to someone. Try to ensure it is to a person who can listen to you about the stressor starting to control your life. They at least will likely not be emotionally involved.
Have a hobby. A hoppy enables you to take your mind off of the stressor at least for a short while.
Take a holiday or mini-vacation. A mini-vacation can be as simple as going to a movie but make sure that it is not one that will make you feel worse.
Write things down. By writing things down you can see what stressors you have control of and can work on.
Have a pet. But chose the right pet and not a tarantula but a devoted dog like a shih tzu.
Meditation. This works well for some people.
Music. Not so sure about some rap music but it can take your mind off of the stressor for a time.

If you don’t manage stress, it will manage you and you won’t like the results.
Next issue we’ll talk about a very close cousin to stress that has a lot in common.