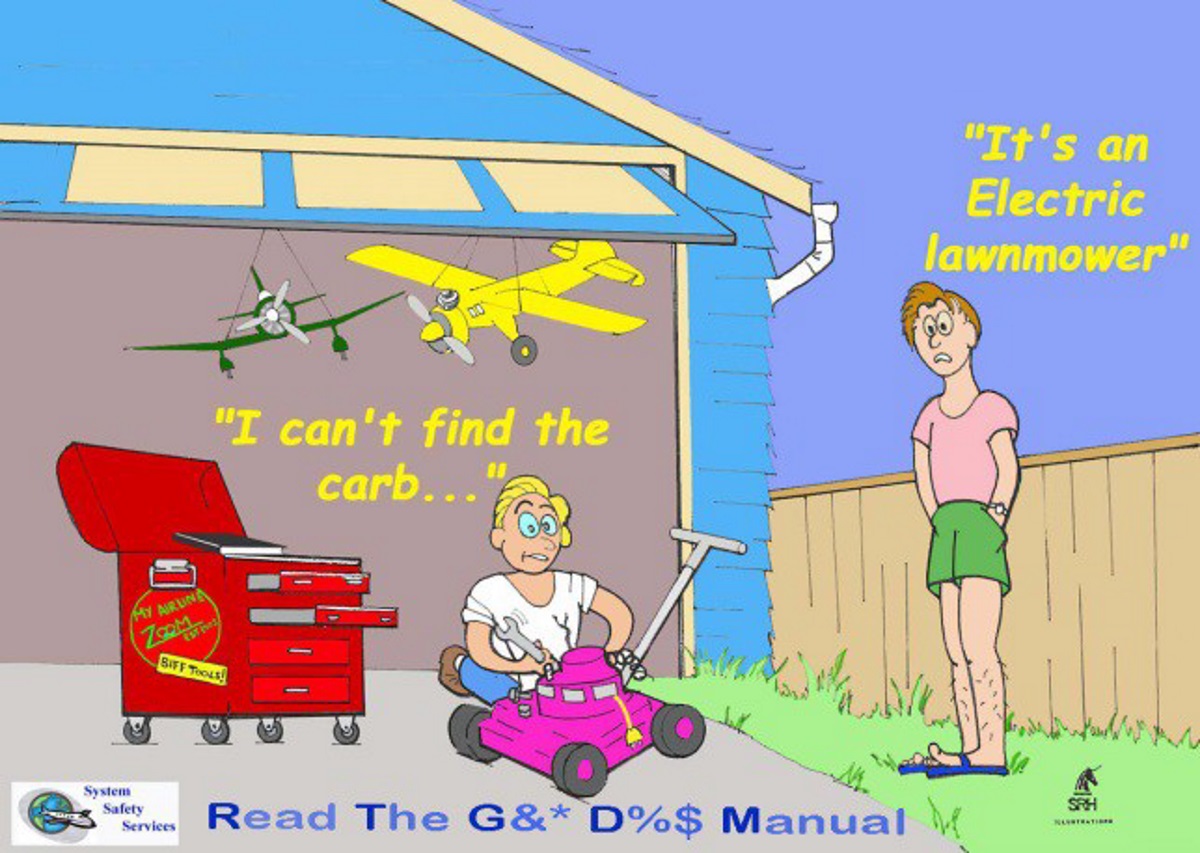 Lack of Communication –The Written Word. There is no shortage of written words in our industry but they all have, or should have, one purpose. To help ensure Safety within our industry.

However, sometimes that fails and the fault or contributing factor is found to be a written word Safety net that has failed. Perhaps some are, as explained in the previous article, because we “have a distrust of words.” Have a relook at the “Characteristics of an AMT” article if you forgot what that means.

An example of this was the Continental Express Embraer 120 in-flight break up over Eagle Lake Texas on Sept. 11, 1991 that resulted in 14 unnecessary fatalities. 47 screws had been removed and not replaced on the upper leading edge of the left horizontal stabilizer. Afternoon shift had removed them but the midnight shift was unaware of this action in spite of Safety nets (written and verbal) to prevent such a calamity. The root causes were to be found in the organizational culture which we will look at in a later
addition.

On March 10, 1989, a Fokker F28 crashed in Dryden, Canada resulting in 24 fatalities and a number of serious injuries. The pilot attempted to take off with falling snow in his wings. He did not deice the aircraft because that required the engines to be shut down and there was no air available to restart them. Normally the on-board APU would have been used to restart them, but the APU switch had an inoperative tag on it and the log books found it deferred per the MEL (Minimum Equipment List) as the fire “extinguishing” system inoperative. In fact it was the fire “detection” system that was inoperative. With the detection inoperative, the APU could be used for engine starts under certain flight manual conditions. The MEL did not have this option listed even though it is a legal option and found on other MELs. As in verbal communications, the pilot reading the logbook did not have the same mental picture that the maintenance writer had. 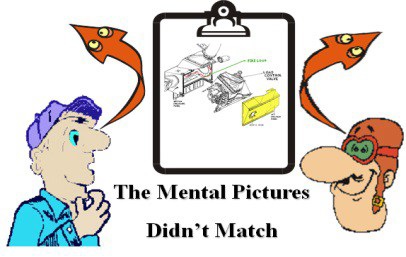 The writer had knowledge that, had he conveyed to the pilot, would have prevented the accident and saved 24 lives. That writer, who I’ve met and talked to, spent three hellish days on the accident enquiry witness stand trying to respond to every lawyer of the next of kin and interested parties who kept asking; “Why did you put an incorrect and therefore illegal entry into the aircraft journey log?” His only answer was: “It seemed like the only option available at the time in order to meet the flying schedule.”

Let’s look at how this and other accidents can be prevented because given the same circumstances, we might have done the same thing.

“G—Dam ADF f—ed up again” conveys clearly the pilot’s emotions when he wrote up the snag but is no help to you trying to form a mental picture of the problem. Perhaps he broke out on an approach to face trees reaching into the clouds waiting for him and no airport in sight. And perhaps it was a pilot error and not the ADF that put him there.

There is no role for emotions or jokes to play in logbook entries. A pilot brought back a Cessna 206 that he had just taken off in with a snag that said the engine was running rough. I was unable to fault it after checking plugs, mags, fuel pressures etc. Being a pilot, I took it for a flight and tossed it around the sky without the engine missing a beat. I wrote into the logbook to clear the snag; “Pilot changed, aircraft returned to service.” He didn’t find that the least bit funny and chased me all over the hangar. He got a day off work and I was informed that he had just found out that his best friend had been killed in a crop dusting accident that morning. Emotions and humor have no place in a logbook as what may seem funny to you may be anything but to the reader. If it doesn’t help convey the mental picture, don’t do it.

Here are some danger signals that indicate you may need to sharpen up your writing skills if you believe any of the following:

Wow! Is that ever wrong! In a court of law, you have to prove exactly what you did say on a 100 hourly. An initialed check-sheet is a good start because if a lawyer can show that you did work such as install a new battery and it’s not recorded, then your credibility is “out the door.” By meticulously recording what you did, you can prove in a court of law what you, as a credible professional, did and did not do.

That may be true but you also can’t prove what you did or didn’t do. In a court of law credibility is everything. If you lose that you can be in a heap of trouble. Often what is not written will gain the most attention.

That may be partly true until there is an accident. As an investigator, I would go through the aircraft records with the proverbial “fine tooth comb.” Particularly if there are injuries, a lot of lawyers will hire experts to do the same. Is what they read going to form the same mental picture that you had at the time of writing? I sure hope so and so should you. I also hope that this isn’t true with these articles!

Ok that may be true, but paperwork’s purpose is not to make it fly better, but Safer. Is what you wrote going to do that? I hope so. Always take a moment or two after writing to determine if you can say yes to that question.

Pain in the backside yes, but not a waste of time, as what you write could make the difference between life and death at some point in the future. Besides, it is an important Safety part of your job.

You sure will if something goes wrong. Doing paperwork may be the least fun part of your job, but it is part of the job and a necessity if the risks to Safety are going to be ALARP (As Low As Reasonably Practical).

So what can we do?

Everything possible to ensure that the reader’s mental picture will match yours.
Your written words:

Be aware that the reader may have “filters.” Go back two issues to, Lack of Communication Verbal, if you’ve forgotten what a filter is. Thus when writing you must take into consideration the reader’s: (a) level of knowledge, (b) experience, (c) language skills, (d) expectation, (e) perceptions and in some cases even (f) their culture. If you don’t know these, go to the lowest level to be sure. Aircraft can end up almost anywhere in the world these days and one has to keep all this in mind. 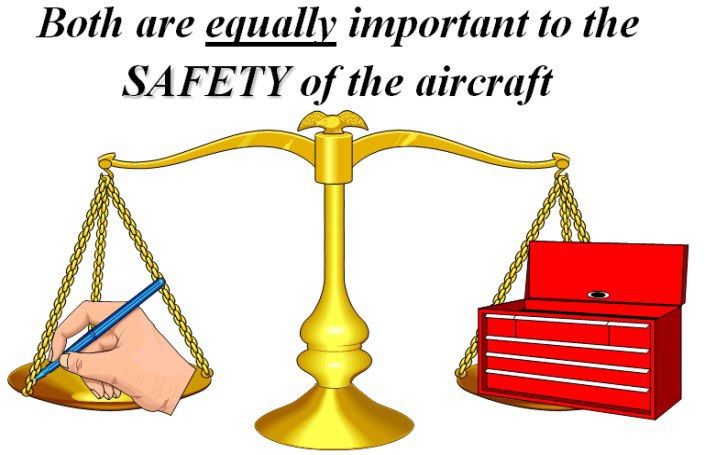 Keep in mind the four “C”s. What you write must be: Correct, Clear, Complete and yet Concise

When you work on aircraft, always remember that you have two sets of tools. One set you keep in your toolbox and the other is that pen in your pocket.

Both are of equal importance to be used correctly and both will help make an aircraft Safe.