The flight MU5735 operated by China Eastern Airlines Boeing 737 was flying from Kunming to Guangzhou when it came down in hills in Guangxi province earlier this morning on 21 March 2022.

First reports indicate that there are no survivors and CCTV footage showing the aircraft nose down during impact with the hills. The cause of this horrific tragedy is unknown and Chinese officials are in search for the black boxes. There were 123 passengers and nine crew members. 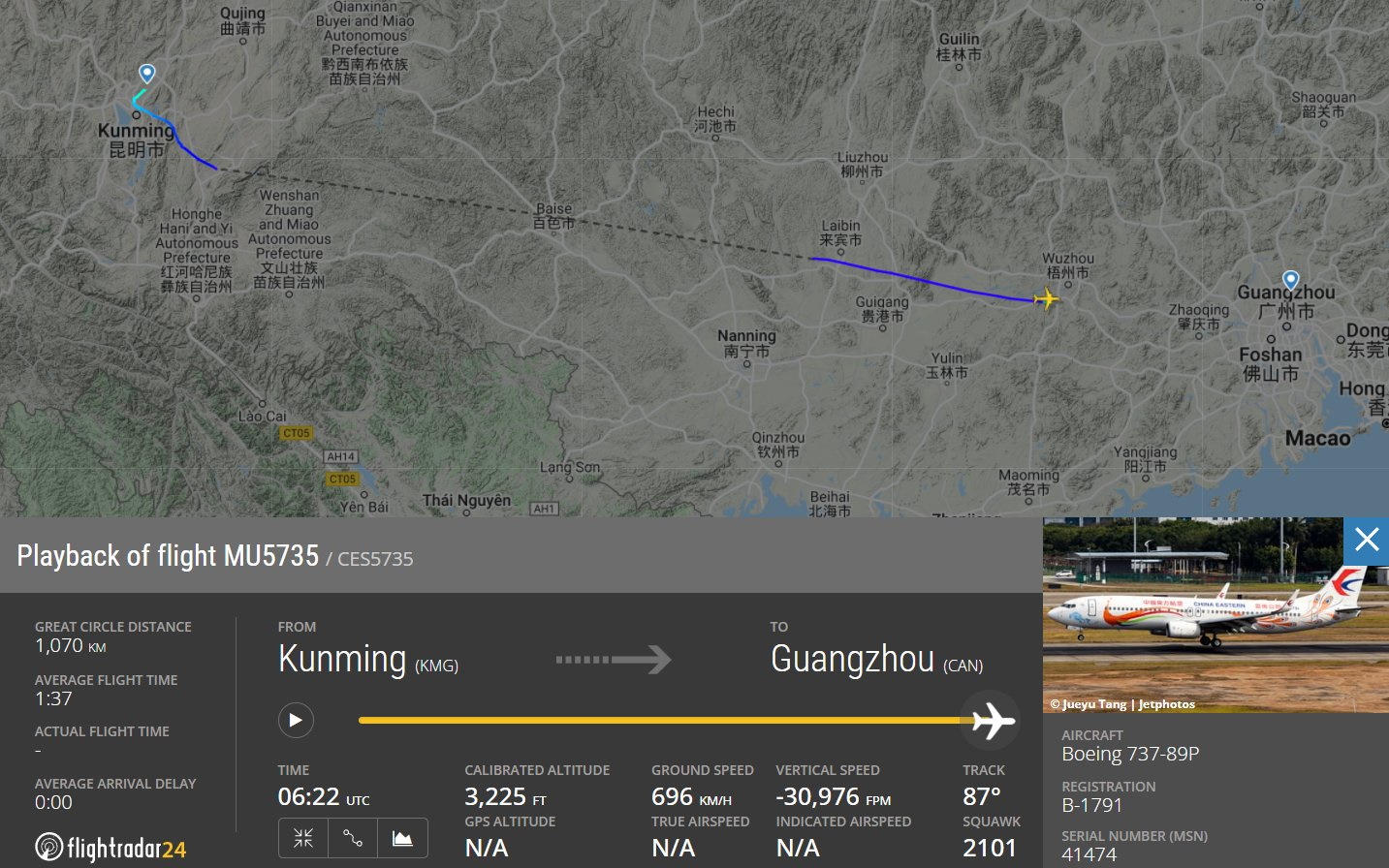 The China Eastern Airlines Boeing 737 crashed in Tengxian County in the city of Wuzhou, causing a mountain wildfire.

Flight #MU5735 was performed by a Boeing 737-89P aircraft with registration number B-1791. It was delivered to China Eastern Airlines in June 2015.

China has had a good air safety record over the past decade.

The country’s last major plane accident was in August 2010, when a flight from Harbin crashed in Yichun killing 42 people.

China Eastern is yet to comment on the crash, or respond to queries, but it has greyed out its logo on its Weibo account and also changed its website to black and white- a sign of mourning, local media reported.

Flightradar24 has published its data regarding the flight showing sudden drop in altitude and the plane crashing inside 90 seconds from the first dip. 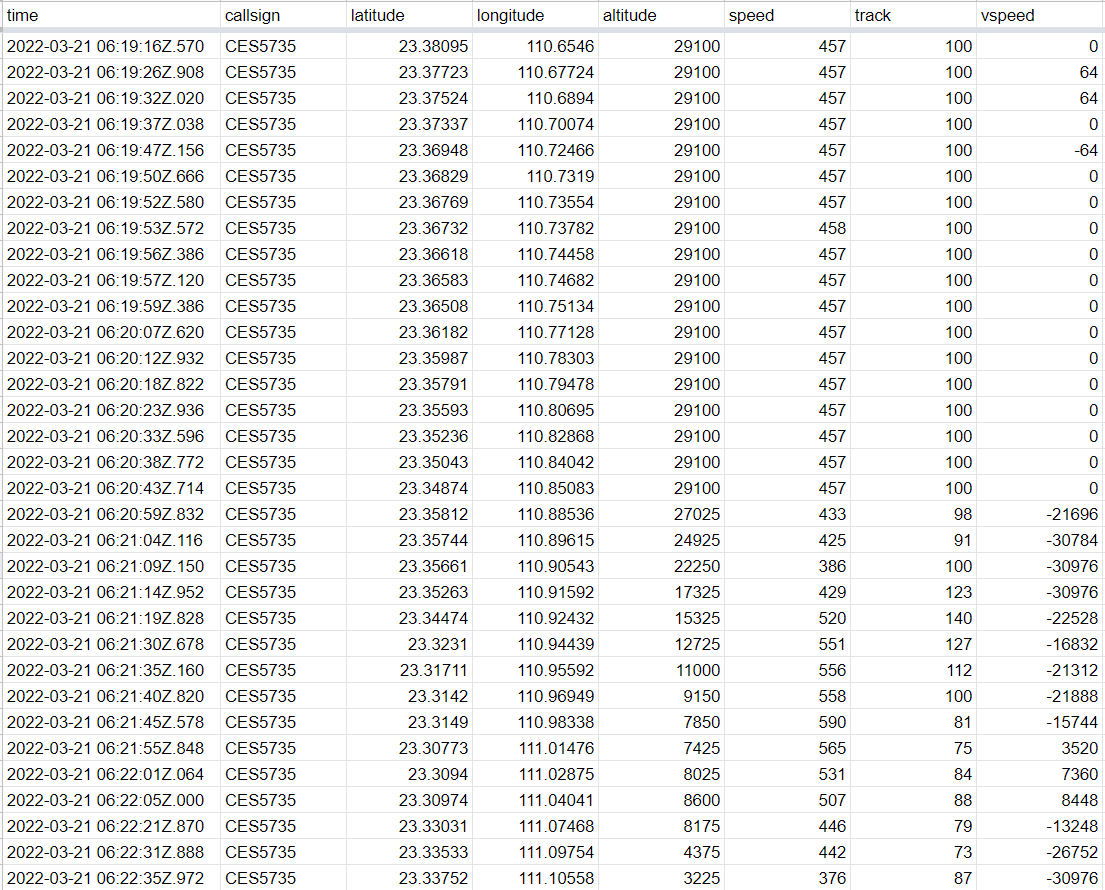 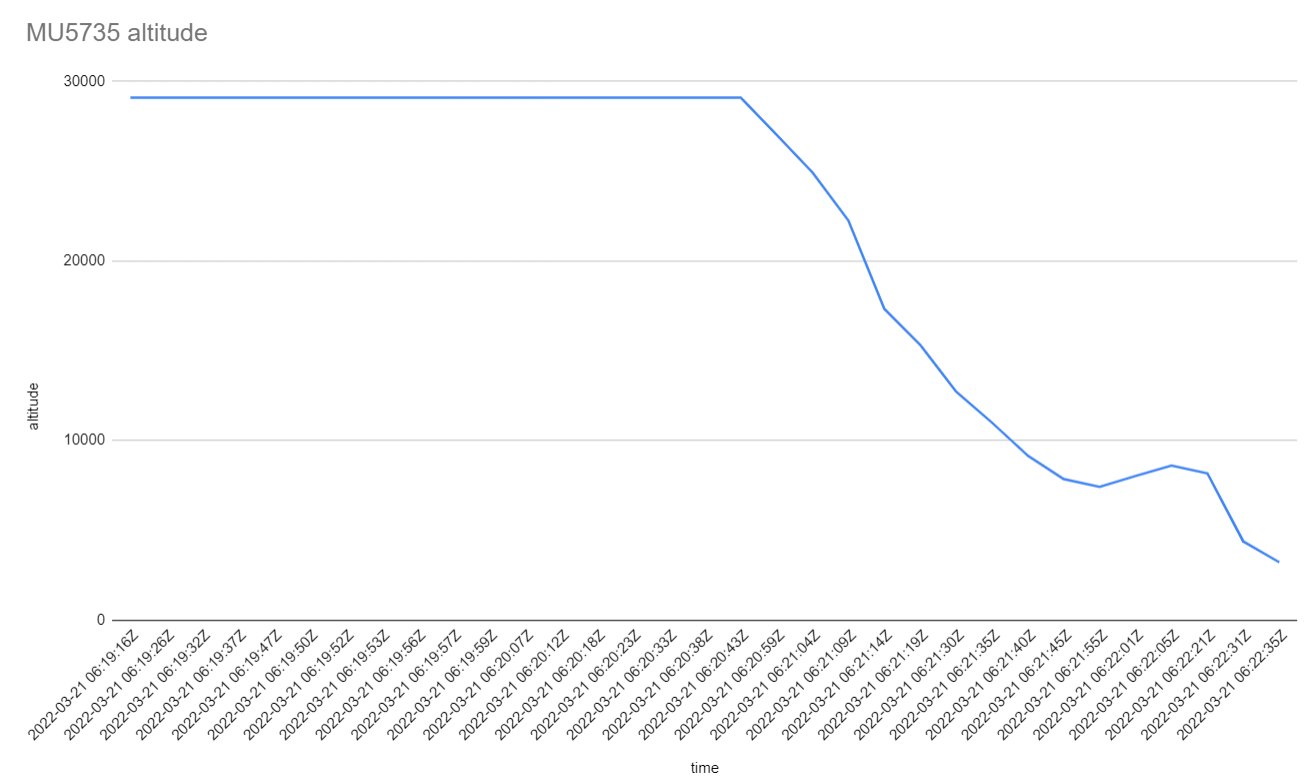 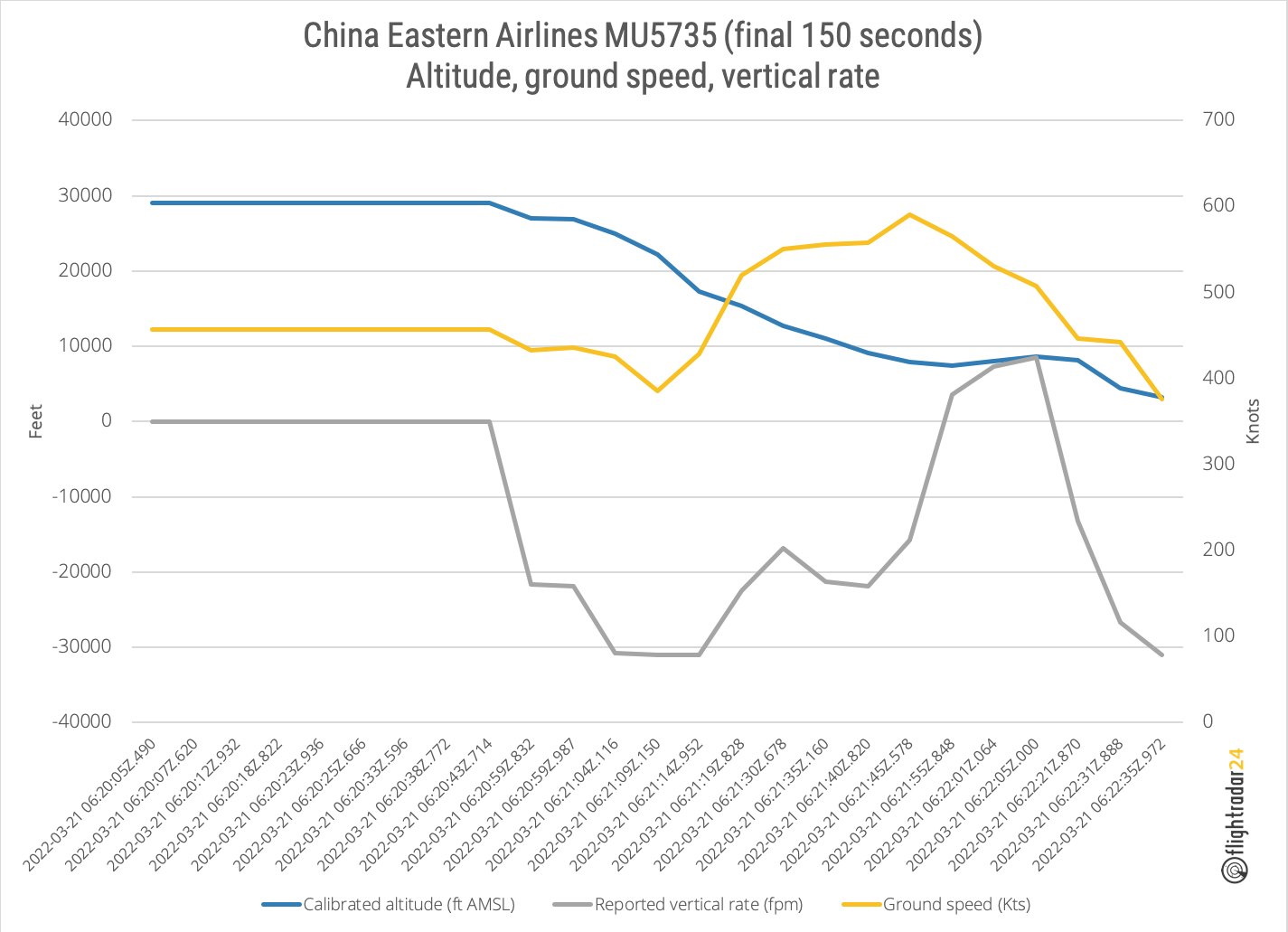