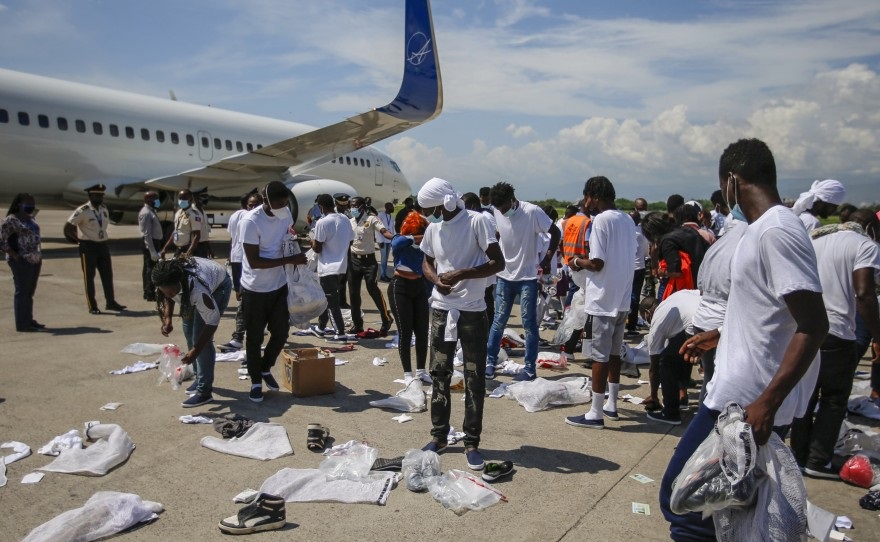 On Tuesday, migrants deported from USA arrived in Port-au-Prince rushed back towards the planes they had arrived on, while others threw shoes at the jets.

USA under Biden administration started deporting migrants from a Texas border town which has seen an influx in recent weeks. Around 13000 migrants have camped under a bridge in Texas near border with Mexico. However, as USA started deporting back to migrants to Haiti, those who arrived rushed back to get back on the plane.

Chaos unfolded at Toussaint Louverture airport as one man attempted to re-board the aircraft. The plane’s crew rushed to close the jet’s doors in time, Reuters news agency reports. Futhermore, passenger’s belongings were dumped on the tarmac in order to protect the planes.

According to a statement from the Department of Homeland Security (DHS), there were two incidents at the airport on Tuesday.

A source told NBC News that the pilots on board one of the flights was assaulted on arrival in Haiti and three US immigration officers were also injured.

The incident is a lesson to aviation community in the area of Safety and Security.