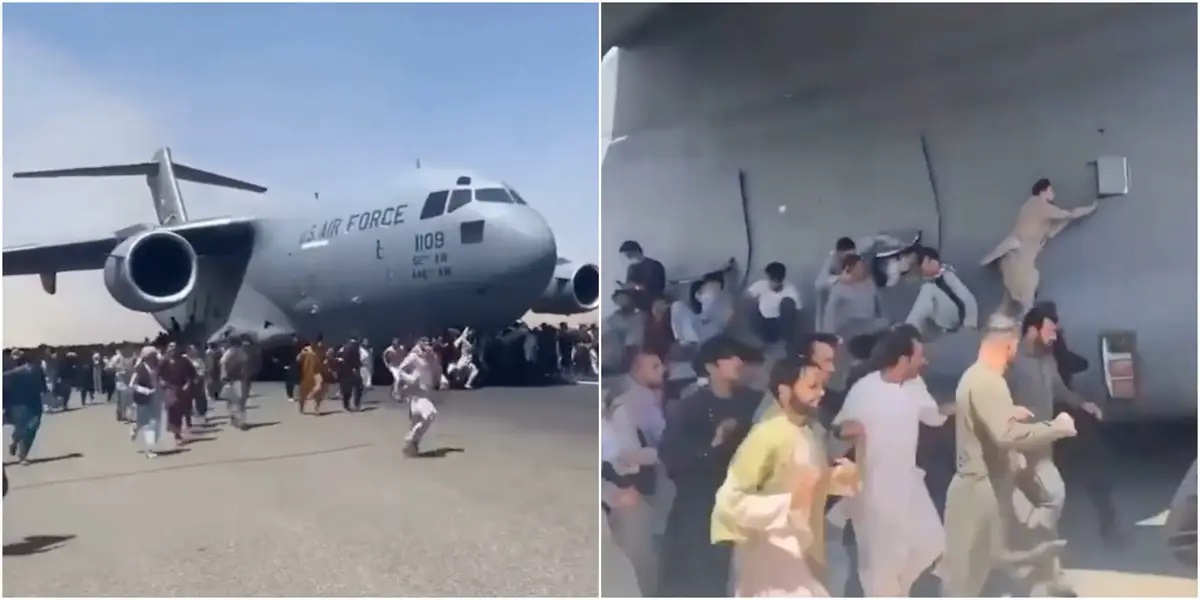 Major international airlines are scrambling to reroute flights away from Afghan airspace as the country falls to the Taliban, disrupting passenger services to India, Pakistan and the United Arab Emirates.

On Monday, United Airlines (UAL), Virgin Atlantic, Emirates and Flydubai all announced changes to flights to or over Afghanistan, saying that they would monitor the situation as chaotic scenes unfolded at the main airport in Kabul, the nation’s capital. 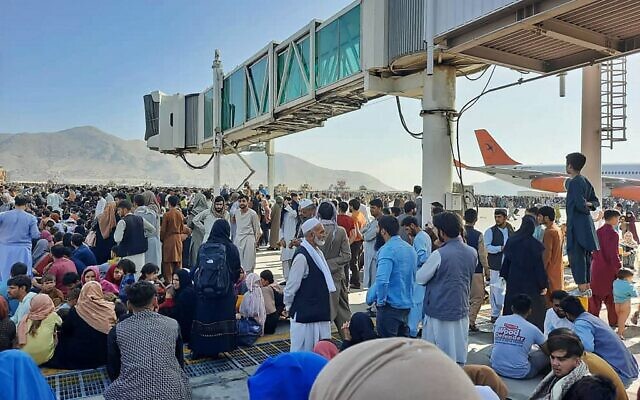 Afghans crowd at the tarmac of the Kabul airport on August 16, 2021, to flee the country as the Taliban were in control of Afghanistan after President Ashraf Ghani fled the country and conceded the insurgents had won the 20-year war. (Photo by – / AFP)

“Due to the dynamic nature of the situation, we have begun routing affected flights around Afghanistan airspace,” a United Airlines spokesperson said in a statement early Monday morning local time, adding that it would continue to work closely with authorities to “determine how we continue service to markets impacted.”
The changes affect United flights to India.

There have been scenes of panic at Kabul airport as residents try to flee following the seizure of the Afghan capital, Kabul, by the Taliban.

With scheduled flights suspended, many foreigners and Afghans are stranded.