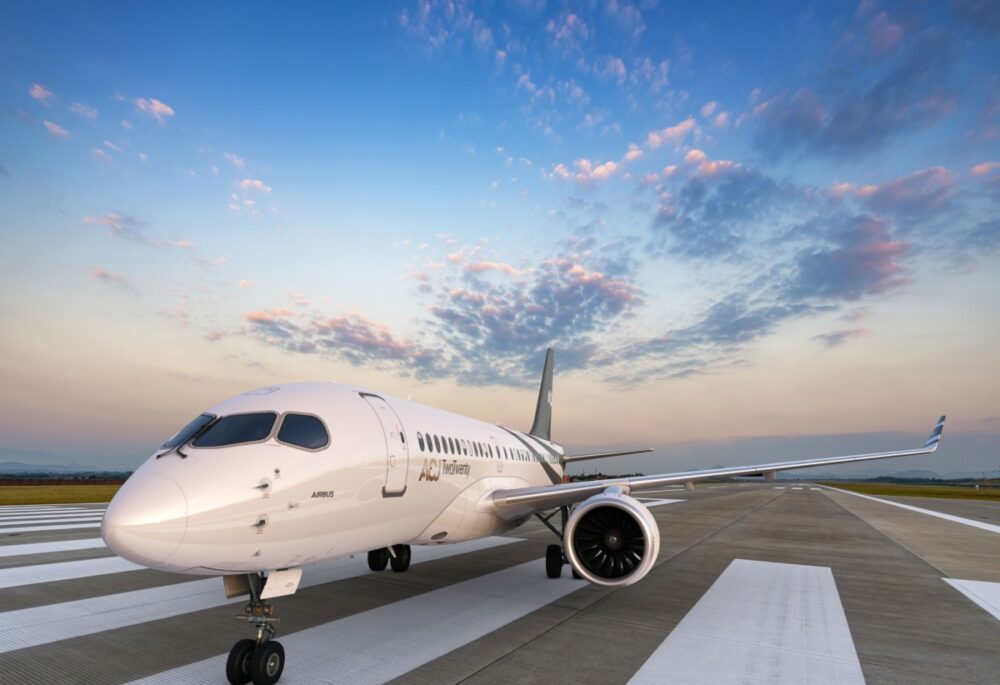 Airbus Corporate Jets has launched the ACJ TwoTwenty business jet. The ACJ TwoTwenty will have an increased range enabling the aircraft to fly up to 5,650 nm / 10,500 km (over 12 flight hours), directly connecting city pairs like London and Los Angeles, Moscow and Jakarta, Tokyo and Dubai as well as Beijing and Melbourne. Based on the A220-100, the ACJ TwoTwenty seats up to 18 passengers.

Airbus and Comlux also announced the initial order for the type, with the first two frames now confirmed. Another four frames are confirmed from unnamed customers. Entry into service is planned for 2023.

Based on its compelling market appeal, we see promising demand for this aircraft in the growing business jet market.

Key to the ACJ TwoTwenty offering is the significant range and comfort options available on the A220 platform. Based on the A220-100 frame, the ACJ TwoTwenty will have an increased range enabling the aircraft to fly up to 5,650 nm/10,500 km (over 12 flight hours). Airbus highlights city pairs like London and Los Angeles, Moscow and Jakarta, Tokyo and Dubai, as well as Beijing and Melbourne as available for nonstop service. 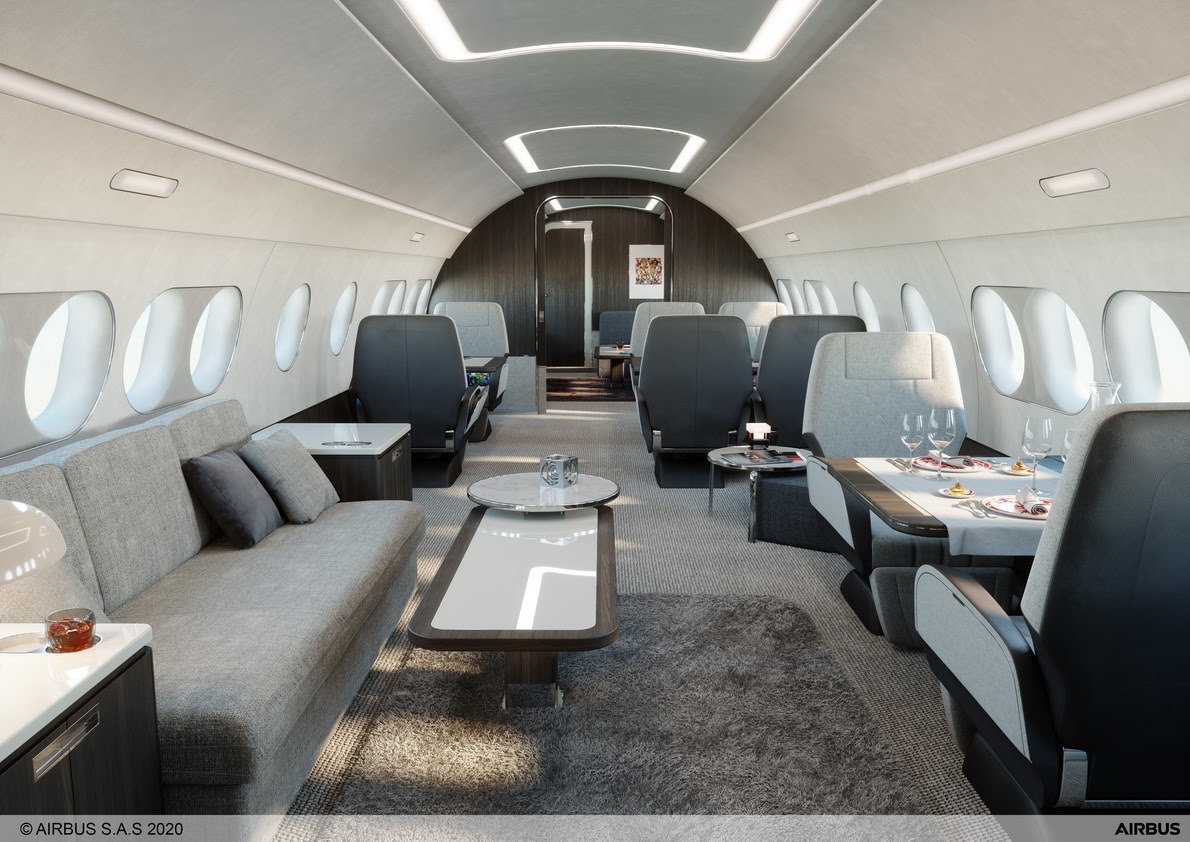 The TwoTwenty will carry up to 5T additional fuel to improve the range and will be developed with ETOPS 180 certification, allowing for more direct routes on the longer trips.

For the interior configuration Airbus partnered with Comlux based in Indianapolis. Comlux will be the exclusive provider of interior conversions for the first 15 ACJ TwoTwenty deliveries. With 785 ft² of floor space distributed over six wide VIP living areas, the ACJ TwoTwenty will allow up to 18 passengers to work, share, dine and relax. The catalog approach to the interior will allow for a more streamlined installation and delivery process, though generally once someone is paying for a private jet of this nature a few non-standard items tend to make it into the design.

The TwoTwenty will operate with a 6000 foot altitude equivalence on board and Comlux will provide a humidification system to further improve the inflight experience.

Airbus also touts the Ku-band WiFi offering as standard and other innovations such as electro-chromatic windows and LED lighting. The cabin features multiple 55″ screens on board, including one in the master bedroom and another for videoconferencing in the office area. 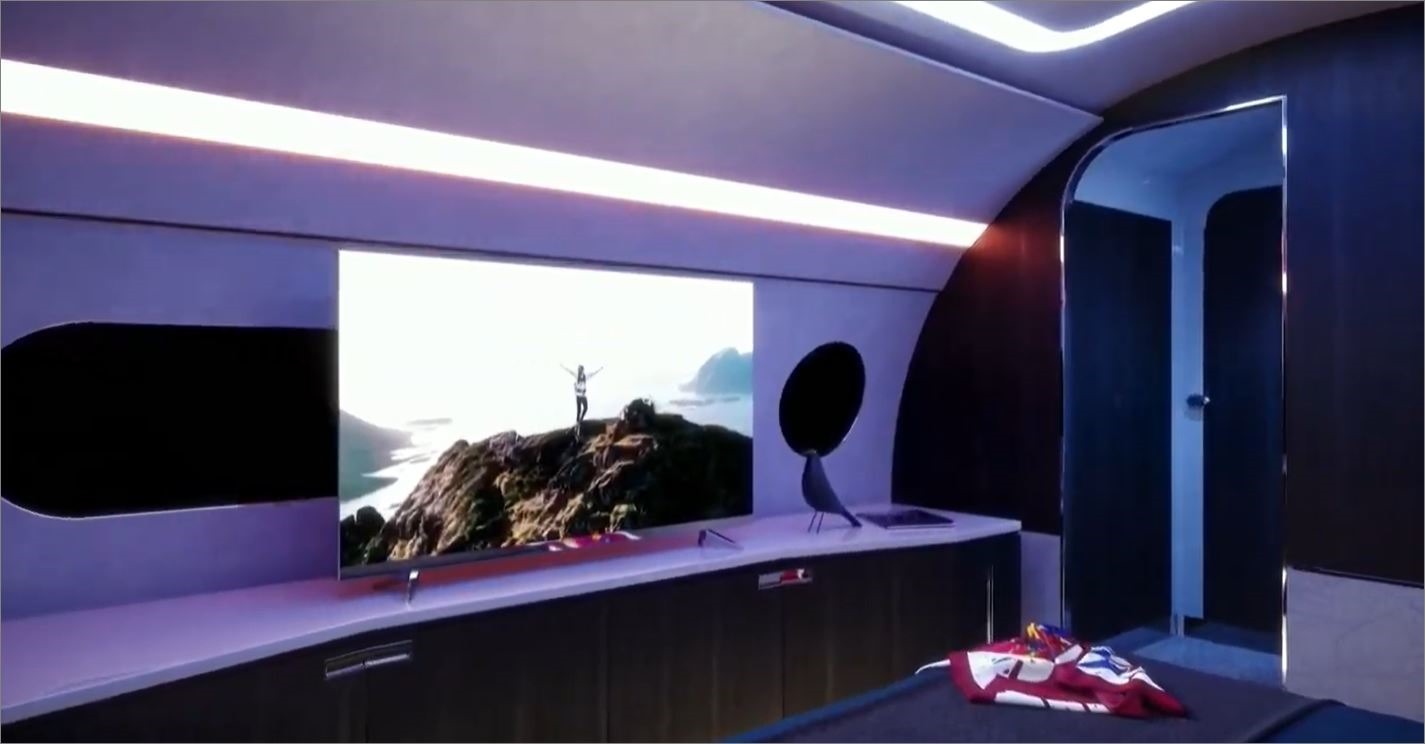