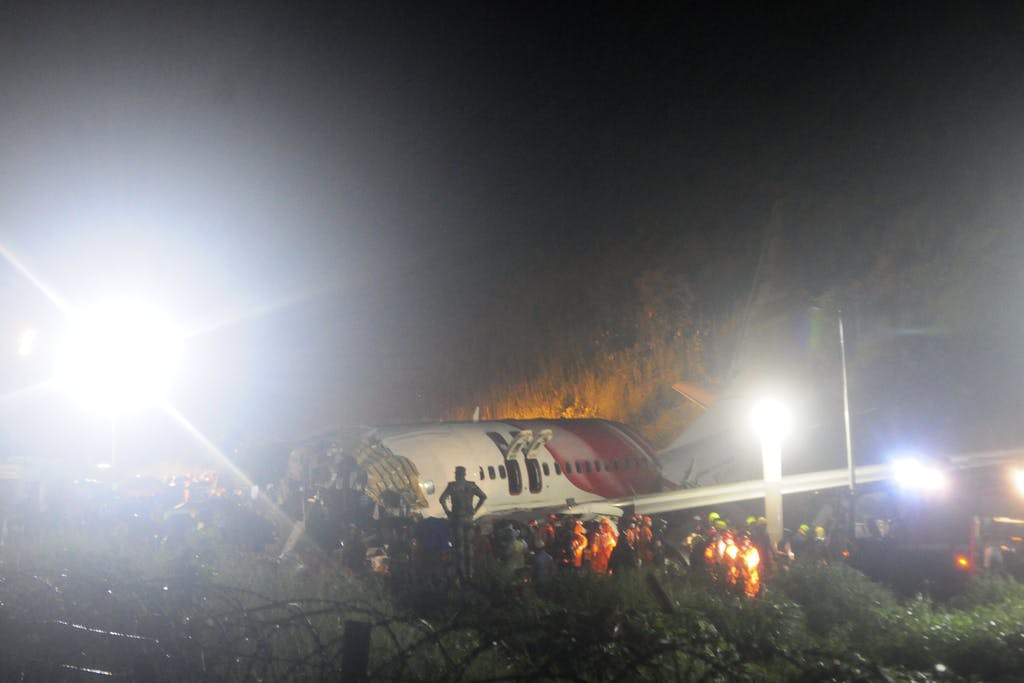 Flight number AXB-1344 on its way from Dubai to Kozhikode with 191 persons on board, overshot the runway in rainy conditions and went down 35 feet into a slope before breaking up into two pieces. 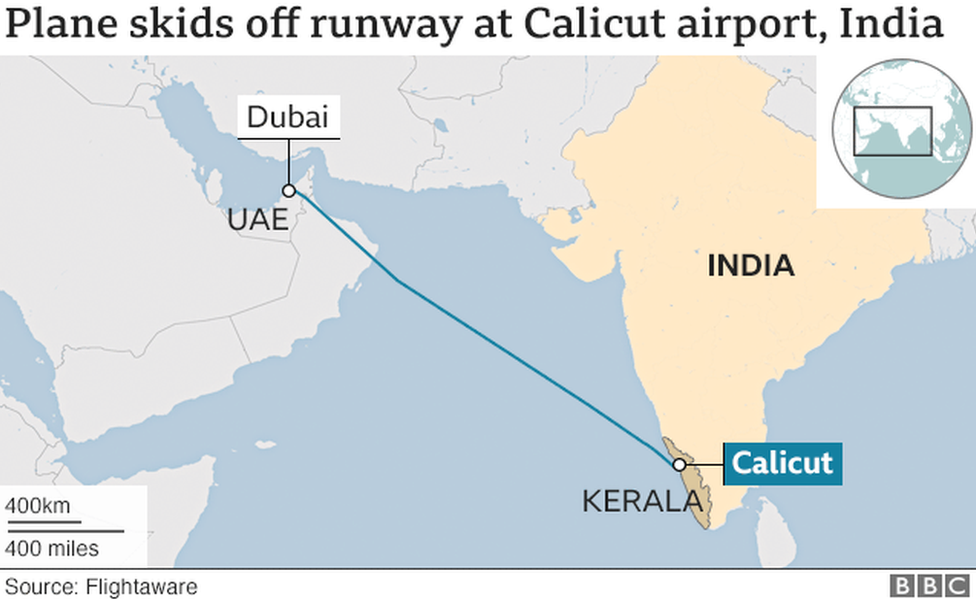 No fire was reported at the time of landing, the aviation regulator said.

Images carried by Indian media show the aircraft broken in two pieces, with people searching through the wreckage.

The incident happened at around 19:00 local time (14:30 BST) amid heavy rainfall in the region.

There have been flooding and landslides, as India’s monsoon season reaches its peak. 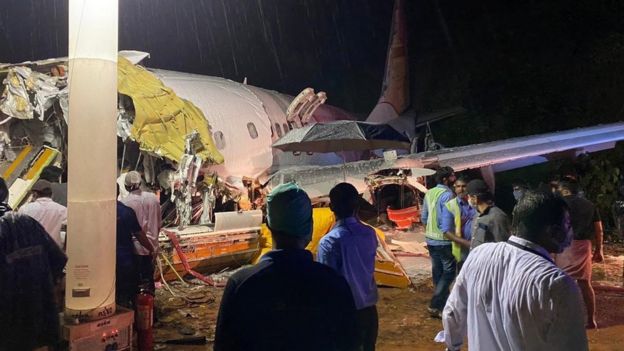 Plane crashes have happened before during the monsoon season, which lasts from June to September and wreaks havoc across south Asia every year.

In May 2010, 158 people died when an Air India Express flight overshot Mangalore airport runway and crashed.

A similar incident happened in July 2019 in Mangalore, prompting an inquiry, but causing no fatalities.