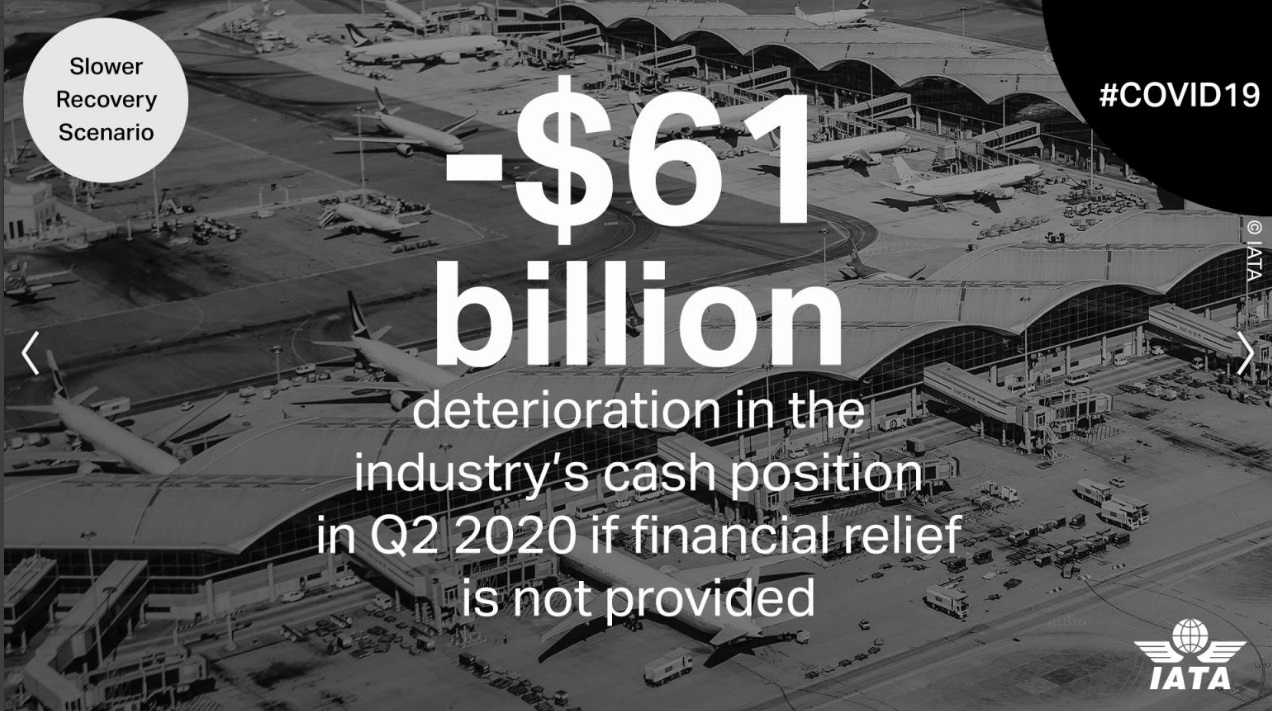 The International Air Transport Association (IATA) published new analysis showing that airlines may burn through $61 billion of their cash reserves during the second quarter ending 30 June 2020, while posting a quarterly net loss of $39 billion.

This analysis is based on the impact assessment IATA released last week, under a scenario in which severe travel restrictions last for three months. In this scenario, full-year demand falls by 38% and full-year passenger revenues drop by $252 billion compared to 2019. The fall in demand would be the deepest in the second quarter, with a 71% drop.

The impact will be severe, driven by the following factors:

These changes to revenues and costs result in an estimated net loss of $39 billion in the second quarter.

On top of unavoidable costs, airlines are faced with refunding sold but unused tickets as a result of massive cancellations resulting from government-imposed restrictions on travel. The second quarter liability for these is a colossal $35 billion.  Cash burn will be severe. We estimate airlines could be burning through $61 billion of their cash balances in the second quarter.

“Airlines cannot cut costs fast enough to stay ahead of the impact of this crisis. We are looking at a devastating net loss of $39 billion in the second quarter. The impact of that on cash burn will be amplified by a $35 billion liability for potential ticket refunds. Without relief, the industry’s cash position could deteriorate by $61 billion in the second quarter,” said Alexandre de Juniac, IATA’s Director General and CEO.

Several governments are responding positively to the industry’s need for relief measures. Among countries providing specific financial or regulatory aid packages to the industry are Colombia, the United States, Singapore, Australia, China, New Zealand and Norway. Most recently, Brazil, Canada, Colombia, and the Netherlands have relaxed regulations to allow airlines to offer passengers travel vouchers in place of refunds.

“Travel and tourism is essentially shut down in an extraordinary and unprecedented situation. Airlines need working capital to sustain their businesses through the extreme volatility. Canada, Colombia, and the Netherlands are giving a major boost to the sector’s stability by enabling airlines to offer vouchers in place of cash refunds. This is a vital time buffer so that the sector can continue to function. In turn, that will help preserve the sector’s ability to deliver the cargo shipments that are vital today and the long-term connectivity that travelers and economies will depend on in the recovery phase,” said de Juniac. 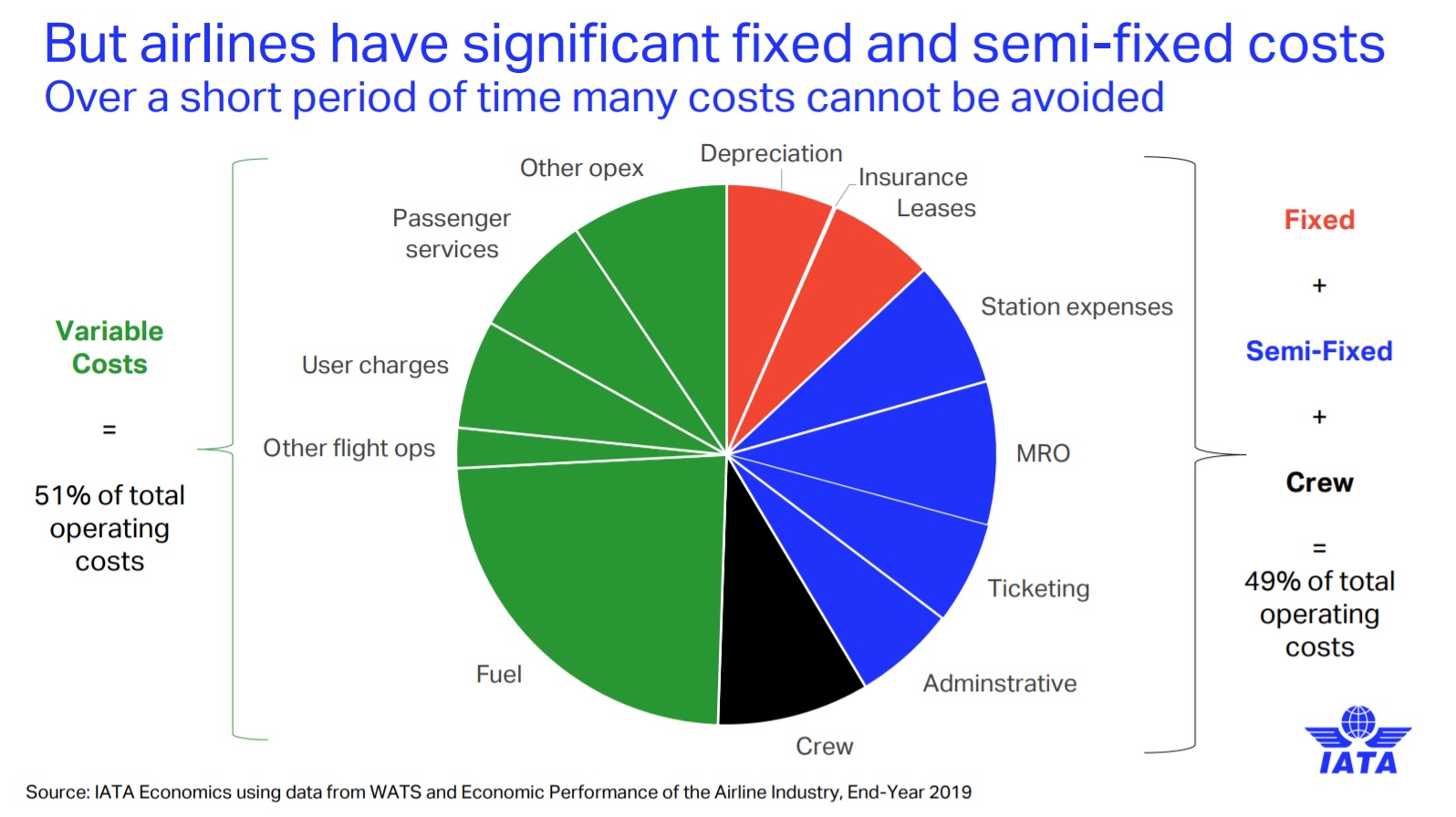 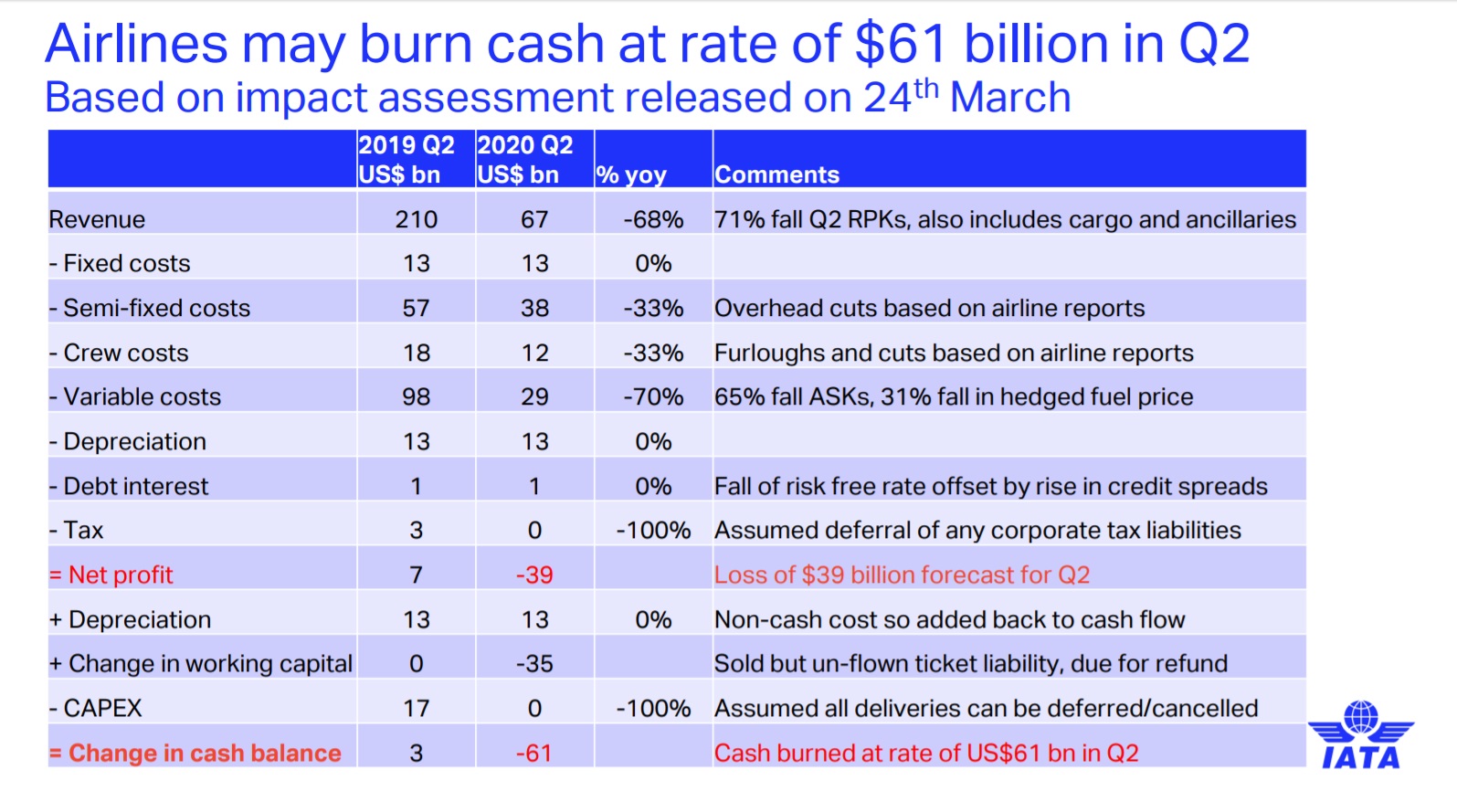